June 11, 2011: Mark graduated from Cal Poly, San Luis Obispo, with his BS & MS in Electrical Engineering (and for fun, a minor in Physics). 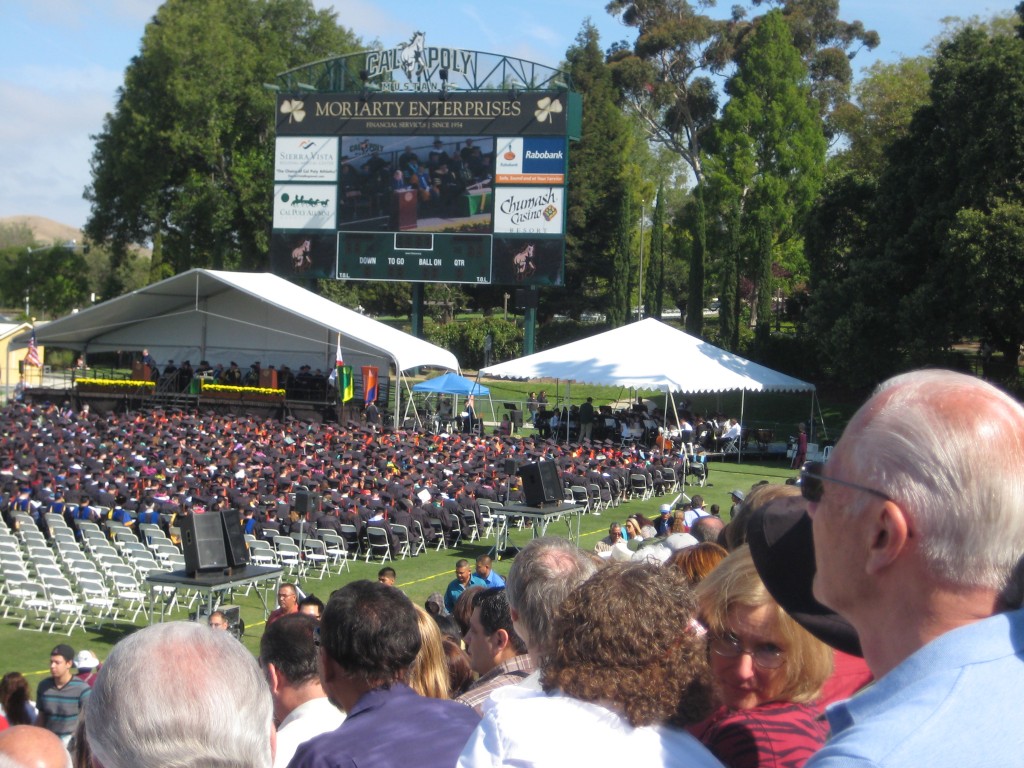 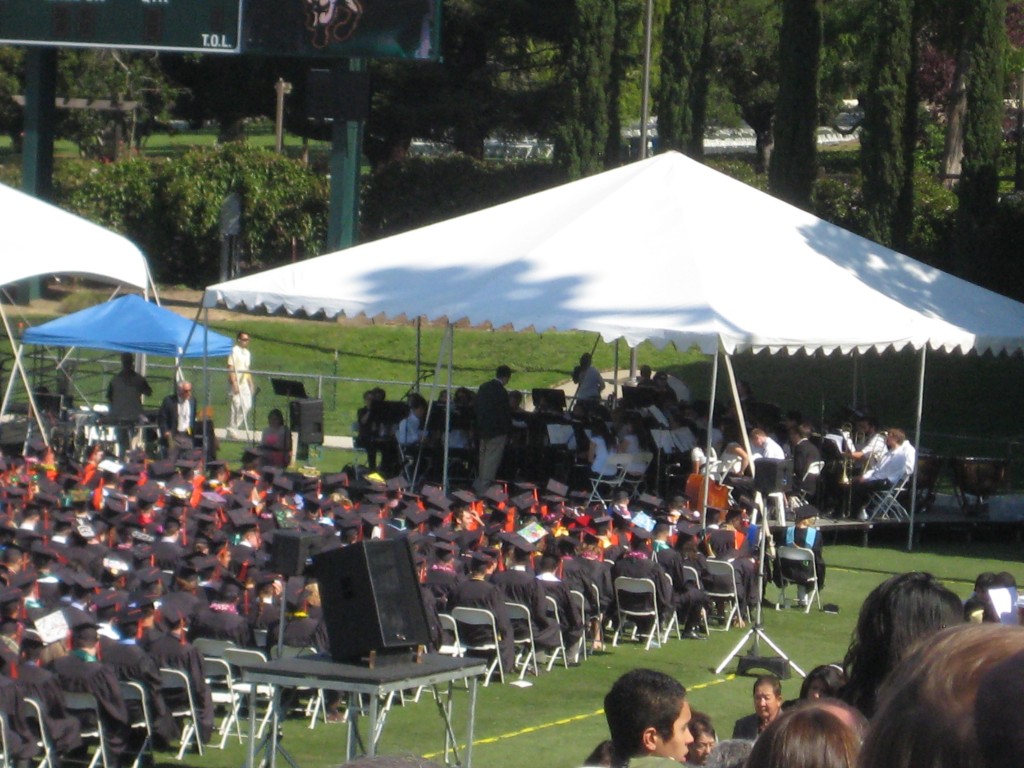 Hint: look for a hat that is not a mortarboard… 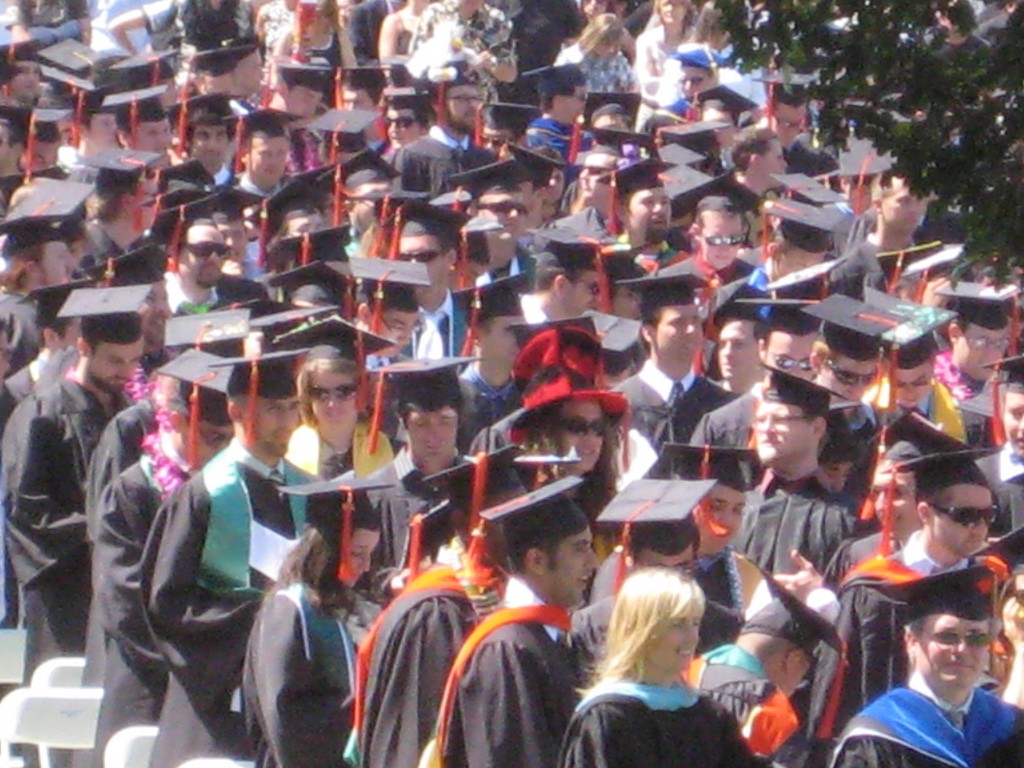 There he is! Hard to miss among the crowd. Tassel pinned to the top of the hat, to make it official. 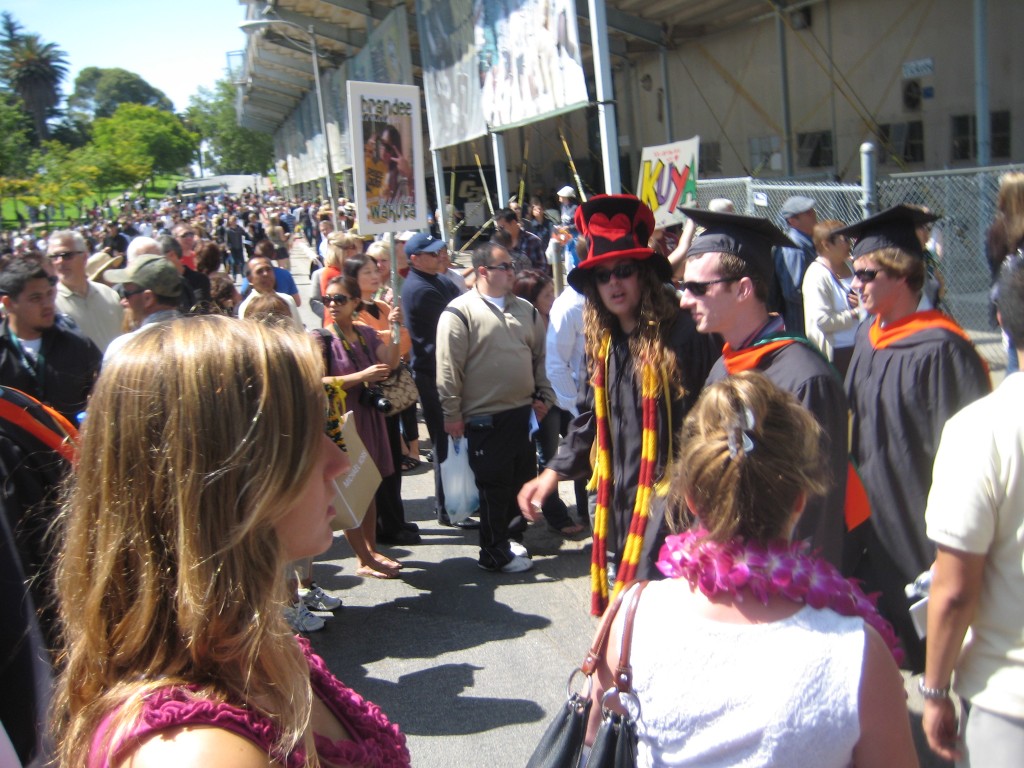 Somehow he waited too long to order his Master’s hood (so didn’t get one), but he’s a resourceful guy and wore the Harry Potter scarf Alison knitted for him. 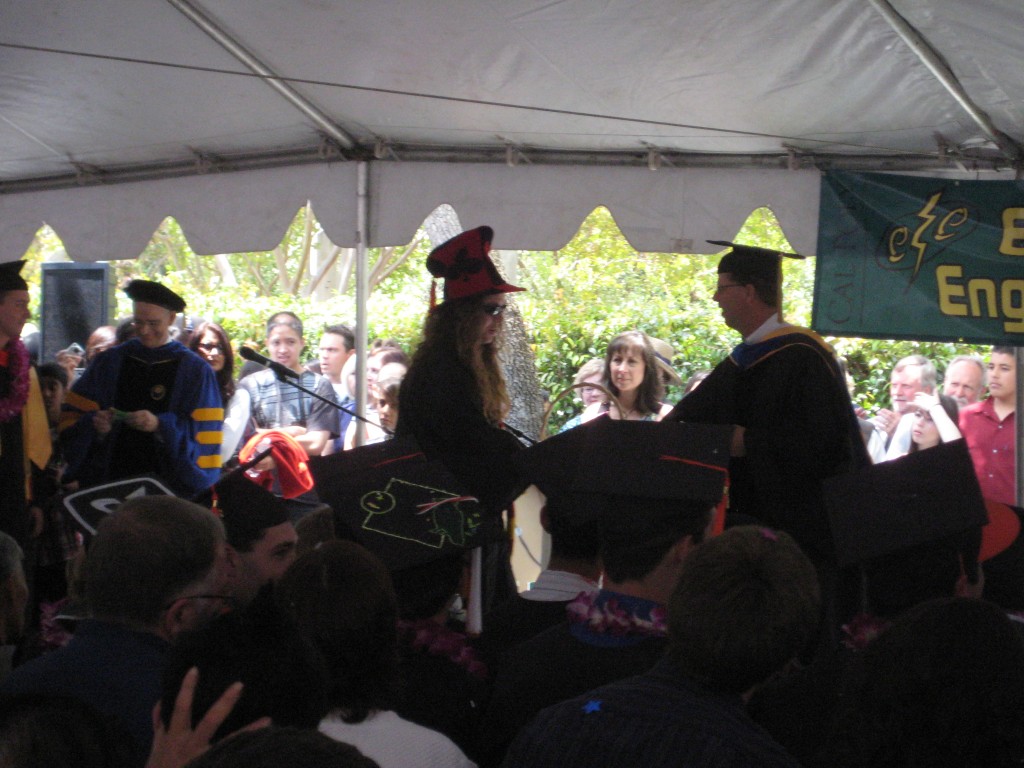 After the larger ceremony, the students split into departments to receive their diplomas. Mark crosses the stage to get his, and shake the hand of the Department Chair… 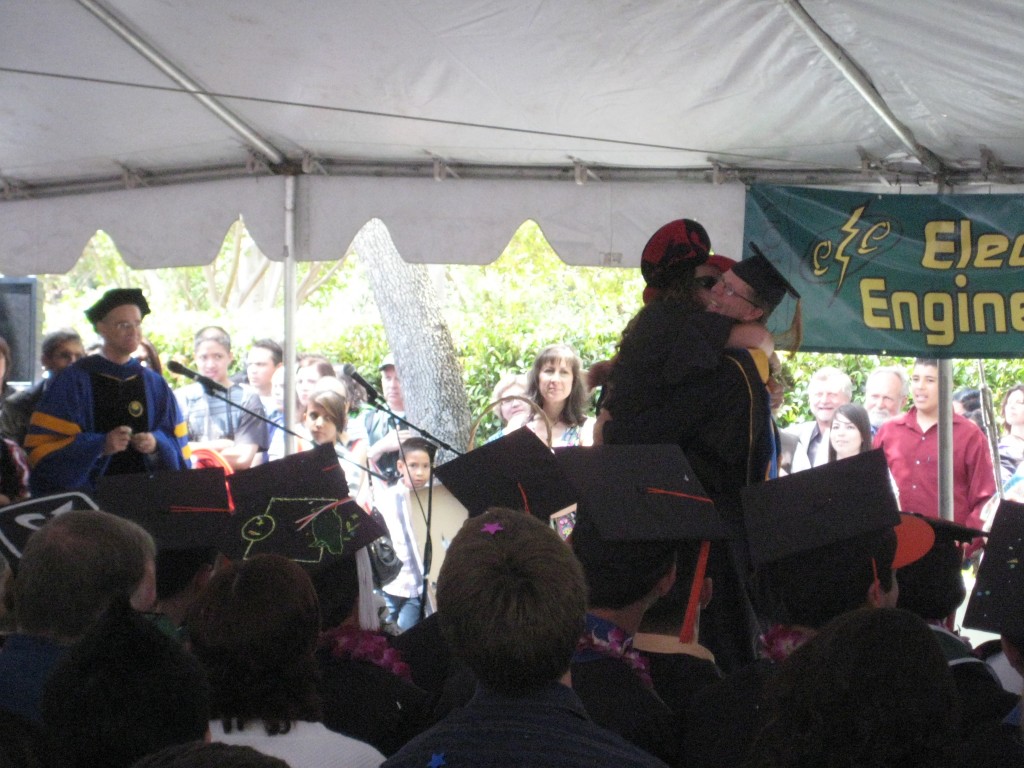 And decides to just give him a big hug and a kiss instead. There was also confetti involved. 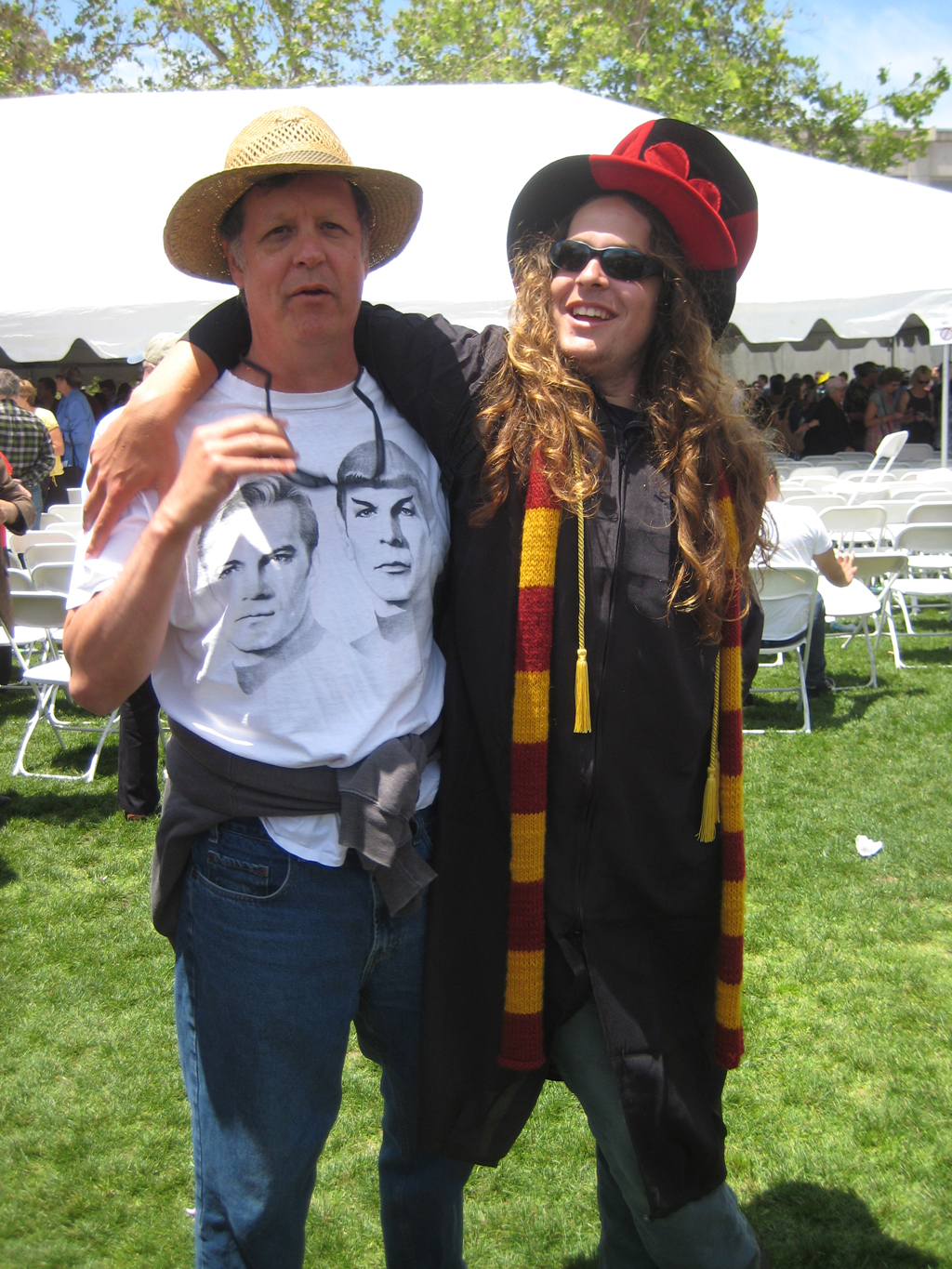